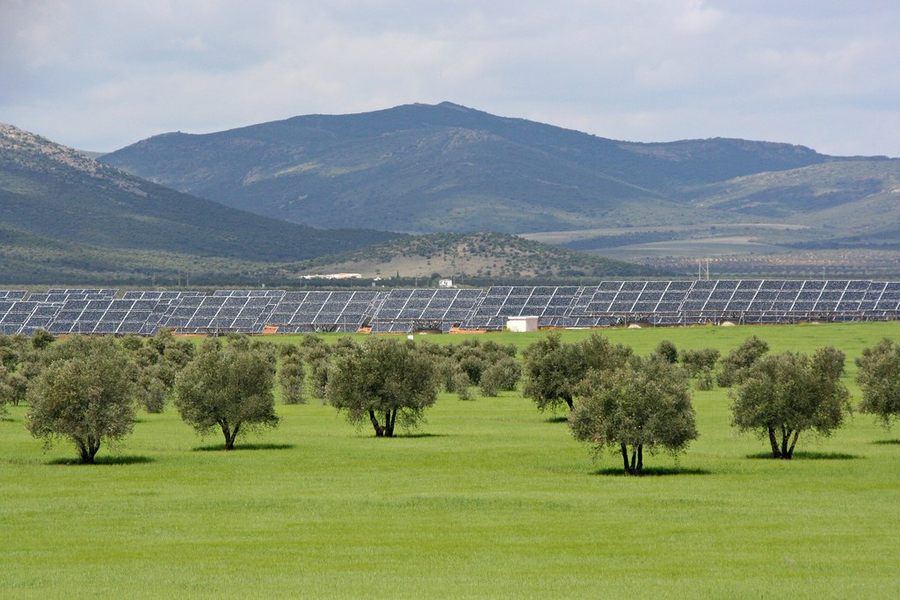 2019. september 30. – Recent years have seen a real “gold rush” in the construction of solar panel parks in Hungary.

During the final stage of phasing out the feed-in-tariff (KÁT) system, by the end of 2016, the Hungarian Energy and Public Utility Regulatory Authority (MEKH) received requests for the subsidisation of over 2000 MW of photovoltaic electricity generation capacities. The combination of an outstanding purchase price ensured in the long term by the feed-in-tariff system and decreasing unit investment costs presents a unique investment opportunity. At the same time, a number of market players are considering the risk that a potential future regulatory change may significantly reduce the profitability of these projects.

During the final stage of phasing out the feed-in-tariff (KÁT) system, by the end of 2016, the Hungarian Energy and Public Utility Regulatory Authority (MEKH) received requests for the subsidisation of over 2000 MW of photovoltaic electricity generation capacities. A significant number of power stations receiving support are still under development. It is no coincident that companies are widely interested: in the KÁT system, these investments are promising exceptional returns in the long run. At the same time, a number of market players are considering the risk that a potential future regulatory change may significantly reduce the profitability of their projects. A recent decision of the Court of Justice of the European Union (CJEU), as well as the EU’s new renewable energy directive seem to confirm the fact that a negative adjustment by member states of the support already granted is only possible with restrictions.

The KÁT system was created as an incentive for the use of renewable energy sources for electricity generation. Its purpose is to ensure that participating electricity producers using renewable energy sources be able to sell the electricity they generate to the system operator MAVIR Zrt. at a fixed, significantly higher than market rate for a period defined by MEKH (typically 20-25 years). This scheme guarantees the return of supported projects, thus creating an attractive investment opportunity in the renewable energy sector for project developers and financers alike.

Among developers the question remains whether the profitability of the solar parks in the KÁT system could be significantly reduced (e.g. by the reduction of current feed-in tariffs). The question is relevant based on the experience of several EU member states. Following a “solar energy boom” (similar to the one in Hungary), the governments of Spain, the Czech Republic and Romania experienced the soaring costs arising from the support schemes. As such the actual value of the granted support was considerably reduced.

A recent ruling of the CJEU may present a solution to Hungarian solar panel developers in terms of long-term profitability of their projects. The ruling passed on 11 July 2019 in the united cases of C-180/18., C-286/18. and C-287/18.,  reaffirms previous practice which redefins in detail the criteria applicable for member states to reduce the level of support already granted to renewable energy projects in line with EU legislation.

In the procedure, the CJEU examined whether the provisions of the EU’s previous renewable energy directive (2009/28/EC) allowed member states to decide on the subsequent reduction, or complete removal of the incentive. Additionally, it examined whether the procedure was in accordance with the general principles of legal certainty and the protection of legitimate expectations. As regards the Italian regulation also reviewed, the CJEU found that prudent market players could reasonable predict that the incentive scheme available to plants using photovoltaic solar energy in particular, previously defined cases, be revised, or even removed.  Thus, developers could not be certain that the scheme would remain unchanged or upheld in Italy.

Which cases allow for adjustment?

The ruling offers valid conclusions concerning any potential negative adjustment of support already granted. The CJEU clearly specifies the three conditions that must apply concurrently for member states to be allowed to do so in line with EU law:

“We believe that the ruling of the CJEU confirming the previous legal practice is very important for any subsequent revision of support already granted in the Hungarian KÁT system since relevant Hungarian regulations, at the time of designing the scheme and granting the support [i.e. until 31 December 2016 at the latest], did not provide for the possibility of a subsequent adjustment of support granted, i.e. did not set up an objective system of criteria defining the rules of and allowing for modifications. Therefore, prudent business players had justifiable reasons to trust the stability of the incentive scheme, which means that their acquired rights are protected by the legal principles detailed by the CJEU” – commented Dr Balázs Várszeghi, Deloitte Legal’s partner responsible for energy law.

Hungary is likely to enjoy considerably greater freedom in the METÁR scheme that replaced the KÁT system on 1 January 2017. The laws defining the framework of the METÁR scheme, similar to the Italian system that was the subject of the CJEU ruling, did specify amounts available under the scheme or the possibility of changing the terms of incentives available in the future. As a result, businesses wishing to apply for incentives under the METÁR scheme in the future will have to prepare for potentially negative changes to regulations (application criteria becoming stricter, lower levels of support, etc.).  However, none of the current rules of the METÁR system will allow subsequent unilateral adjustments to incentives already granted.

Additionally, the EU’s new renewable energy directive (Directive 2008/2001, hereinafter “New RED”) builds further on the CJEU current ruling and past jurisprudence. In response to the Spanish, Romanian, Czech, etc. examples, and elevating the current legal practice of the CJEU to the level of actual legislation, Article 6 of the New RED stipulates the so-called stability clause under the title “Stability of financial support”. The provision requires member states to ensure that the level of, and the conditions attached to, the support granted to renewable energy projects are not revised in a way that negatively impacts the rights already conferred upon or undermines the economic viability of projects  already benefitting from support. At the same time, the directive also stipulates that member states must be allowed to adjust the level of support in accordance with objective criteria, provided that such criteria are established in the original design of the support scheme and before granting the subsidiy to the actual project.