The European Week for Waste Reduction 2019 has ended 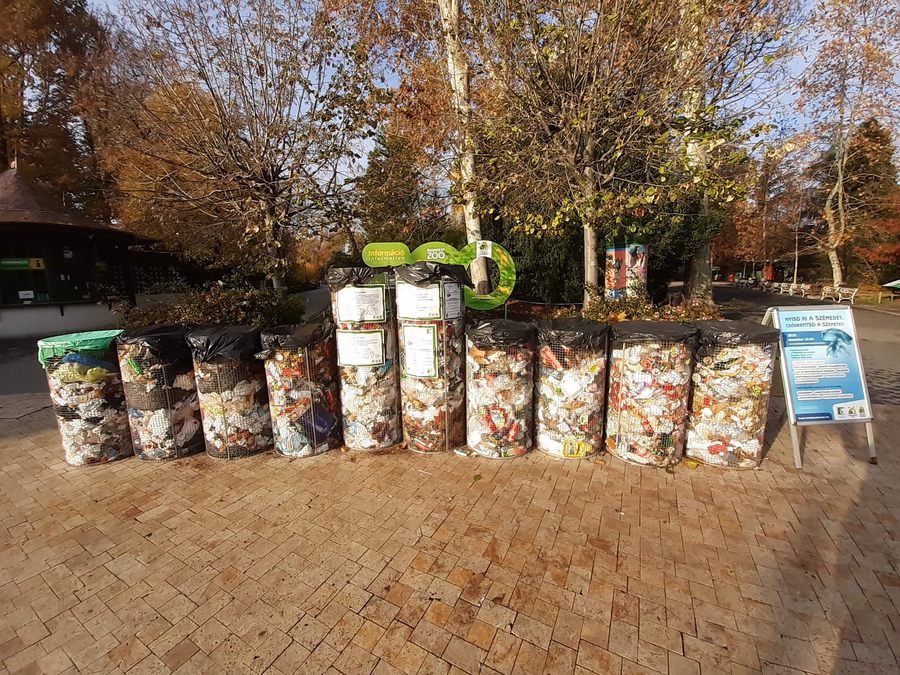 This year the European Weak for Waste Reduction started off with 16,570 actions, to which Hungary added 411 new ideas, making the country the 4th most prolific nation among the 30 participants regarding the number of initiatives.

Between 16 and 24 November 2019, 206 Hungarian educational institutions, 30 administrative bodies, local governments and institutions, 57 NGOs, 69 business organizations and 48 citizens volunteered to implement awareness raising, educating, waste preventing and waste reducing actions in their closer and wider environment in the spirit of the slogan “Change your ways, reduce your waste”.

Using their own creative ideas, volunteers around the continent helped people understand the importance of reducing waste, reusing products and recycling the already generated waste. They also brought attention to crucial parts of the recycling process: the possibilities and the methodology of selective waste collection.

Hungary started participating in the European Week for Waste Reduction in 2012. In 2019, the Ministry for Innovation and Technology commissioned the Association of Environmental Enterprises (AEE) to coordinate the event. The organizers’ goal was that the actions of the Week would draw attention to local solutions, which provided opportunities for collective brainstorming and collaboration. It is also laudable that the programme made people think – before Christmas – and urged them to change their consumption habits for a healthier, cleaner environment and for a more environmentally aware and sustainable life.

Special thanks to everybody who joined the Week and to their immediate surrounding for actively cooperating in developing and implementing action ideas, and for enabling all the thought-provoking programmes. Many of the employers and institution managers allowed their workers to visit places like the Educational and Reuse Centres in Budapest or the recycling sites during business hours. It was good to see that the map of Hungary got greener owing to all the implemented programmes. This year the topic of the Week was brought to the public using many different platforms; it received media interest, and action developers were interviewed. A children’s orchestra, a theatre and an art group also joined the effort, and in Veszprém an art exhibition entitled “Újragondolások” (Reconsiderations) opened on the occasion of the Week.

The educational institutions offered special educational programmes, field trips and workshops, where Christmas presents and decorations were crafted, and a day nursery invited kids and parents to compost kitchen scraps. Others, like the Kelen Sports Club, encouraged the locals to help clean up their surroundings.

The online media was steadily publishing the amazing ideas, and the evocative photos and reports about the implementations, which most probably whipped up people’s enthusiasm to join the project, and ensured that nobody wanted to be left out and to miss the events of the Week.

The number of followers on Instagram is presently 378, and there are 1130 likes and 74 comments: altogether 1204 engagements. Naturally, the social media accounts will continue to be maintained, and to inform people of the news and the developments of the Week. In addition to that, many TV channels, radio stations, newspapers and internet portals reported on the initiative.

The ideas and practices implemented and published during the Week are quite revealing: those who joined the Week are not only ready to play an active part and take responsibility in maintaining the sustainability of the planet and of human existence, they are also building a community.

After closing the Week, the participants will be kindly asked to send their colourful, informative narratives to the action developers online before 15 December.

The Hungarian jury will choose the best in each category…

by 15 January 2020. Owing to the huge number of excellent applications, an award giving ceremony will also be held in Hungary, and the best applicants of the five categories will be awarded. The ceremony will take place at the 20th National Environmentalist Conference of Hungary in the Royal Palace of Gödöllő, 1 February 2020.

…and nominate the winners for the EWWR Awards, which the international jury will give to the best European waste reducing initiatives.

Hungarian participants received outstanding results in the different categories of the competition in the previous years. In 2013 and 2014, two Hungarian participants were shortlisted for the last round in two categories: educational institutions and citizens; the Bethlen Gábor ÚÁG Kincskereső Tagiskolája won the Award for educational institutions. In 2015, there was another Hungarian success: the teachers of Pumukli (Pumuckl) German Nationality Kindergarten won in Brussels, and in 2018 the “Climate Elf in action!” project was nominated for the award.